This should have been posted a couple of weeks ago, but downtime, yadda yadda yadda. I’d be lying if I said it was all John’s fault, but I like lying, so that’s alright.

Anyway, this is an honest, genuine, no-messing, no-photoshopping screengrab of an auditioning contestant on The X-Factor earlier in the current series (about two weeks in, I think) : 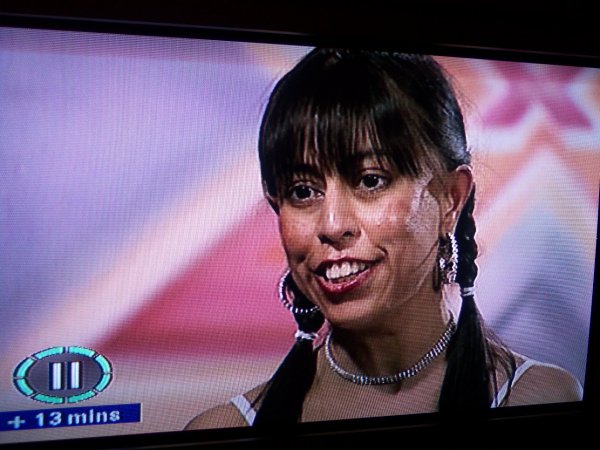 3 comments on “And what the hell’s happened to my teeth?”

“you ARE all idiots” - Squidy