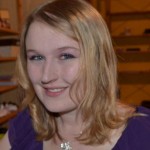 “a series of immature articles that appear to have been written by a couple of school kids” - Bluebell, Official Webboard